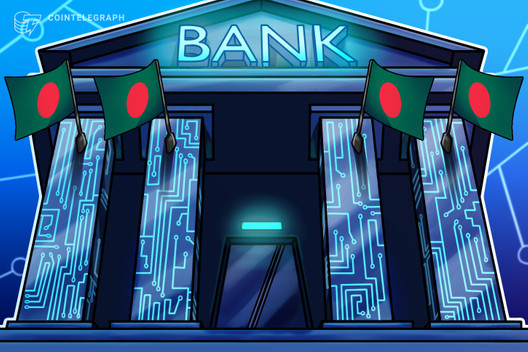 The South Asian nation of Bangladesh will soon get its first blockchain remittance system that will allow Bangladeshi expats in Malaysia to instantly transfer wage remittances to their home country.

SCB developed the remittance service in collaboration with the Bangladesh-based mobile banking platform bKash and the Malaysian remittance provider Valyou. It utilizes the blockchain technology of Ant Group, the financial arm of the Chinese business conglomerate Alibaba Group.

While the remittance service for Bangladesh is still in the final stage of its commercial testing, the bank plans to launch it soon for Valyou and bKash customers. Following the launch, Bangladeshi wage earners in Malaysia will be able to transfer funds via Valyou to bKash wallet holders in Bangladesh.

Standard Chartered Bank will act as the fund settlement bank and regulatory approval holder for the remittance service.

Naser Ezaz Bijoy, CEO of Standard Chartered Bank, Bangladesh, said that remittances were an important driver for the Bangladesh economy and supported millions of families. The launch of an instant remittance system available 24/7, he said, would make the transfer process more convenient for remitters.

As Cointelegraph reported in August, SCB also settled the first blockchain transaction in Bangladesh by issuing a letter of credit for a trade between apparel manufacturer and exporter Viyellatex Ltd. and Viyellatex Spinning.